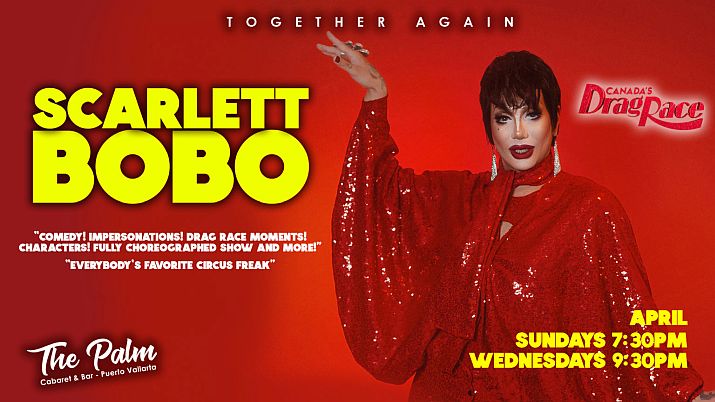 In April, The Palm Cabaret welcomes Canadian Drag Star, Scarlett BoBo, to its stage. You can expect to experience comedy, impersonations, drag race moments, outrageously funny characters and live singing all fully choreographed in a fabulous drag performance. Originally from Ontario, Canada, Scarlett BoBo (aka Mathew Cameron) began performing as a drag queen in the spring of 2008. In 2014, she released the single “Still Fucking Going” a collaboration with her Toronto drag colleague Allysin Chaynes. She followed up with the album “#BoBosexuality: The ReRelease” in 2015, which included Werrrk.com’s Drag Song of The Year for 2015, “Break My Heart”, and later with the singles “Drop the Money” and “Qu’est-ce Que Fuck”. In October 2020, she released the new single “C.E.O.” Don’t miss Scarlett Bobo at The Palm on Sundays at 8:00 pm and Wednesdays at 9:30 pm during the month of April. More info