Puerto Vallarta, Mexico – This weekend, Puerto Vallarta will host the Jalisco Mountain Biking Belfort Cup 2021, an event that will be held under health protocols and will contribute to the economic reactivation of the municipality.

At a press conference announcing the competition the interim municipal president, Jorge Antonio Quintero Alvarado, applauded the realization of this event that will not only promote the destination but also economically benefit the families of Puerto Vallarta.

He indicated that, through the Municipal Sports Council (Comude), participants will have all the necessary support in terms of roads and safety, and all corresponding sanitary measures will be in place to ensure that the event runs smoothly and safely. He also thanked the organizers for having chosen Puerto Vallarta as one of the routes. 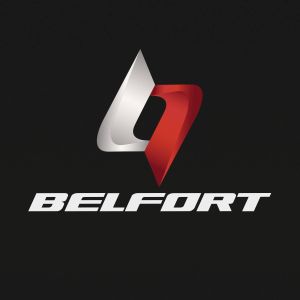 For his part, Gustavo Fong Patino, director of Municipal Sports of CODE Jalisco, pointed out that more than 300 competitors, including some prominent cyclists, are expected to participate in the event that’s set to be held this Saturday, April 10, 2021.

Fong Patino then introduced Demetrio Madero Garcia as the new regional coordinator of the Western Sierra Coast Zone, who has extensive experience in sport, and a long soccer career.

Gerardo Langarica, director of the 2021 Belfort Mountain Biking Jalisco Cup, reported that the cup is made up of ten dates for the same number of municipalities, with the objective of reactivating the economy within the state and detecting new talents in these towns.

He pointed out that there are 28 categories ranging from 5 years to 50-plus years, both in the male and female divisions, with cash and in kind prizes of more than a million pesos up for grabs. In addition, each of the first place winners will represent Jalisco in the National Championship, and 16 cyclists will participate in an event recognized by the International Cyclists Union in Latin America, representing Jalisco and Mexico.

For the event that will be held in Puerto Vallarta, there will be a purse of 40,000 pesos to be distributed to the first places in each category, as well as the delivery of medals and the sum of the score for the Cup ranking.

He mentioned that cyclists will participate not only from Jalisco, but from other states such as Colima, Nayarit, Guanajuato, Aguascalientes, Zacatecas, Hidalgo, as well as some foreigners living in the state. The competition has already been held in Tala, Tlajomulco de Zuniga and Zapotlanejo, with Puerto Vallarta being the fourth municipality to host the event, which will be followed by Lagos de Moreno, Mazamitla, Tapalpa, Ciudad Guzman and Cihuatlan, with Guadalajara hosting the closing in July.

As Jose Amador Hernandez Madrigal, director of the Comude; Carlos Gonzalez Cisneros, Director of Competitive Sports at Code Jalisco; Marco Hugo Aguilar Barajas, Deputy Director of Puerto Magico, and members of the press were present, the acting mayor took the opportunity to mourn the loss of a great Vallarta athlete, Jesus Lopez Joya, who was well-loved and recognized in the city.