Puerto Vallarta, Jalisco, Mexico – July 24 is National Tequila Day in the United States and, according its official Facebook page, the most appropriate thing to do is to celebrate the holiday with a tequila toast. But first, a little history…

As North America’s first distilled drink, and its first commercially-produced alcohol, tequila’s history is long and rich. Its roots reach back into pre-Hispanic times when the natives fermented sap from the local maguey plants into a beer-like drink called pulque, also made from the agave. Made from the fermented sap of the maguey plant (more commonly referred to today as the agave plant), pulque is the ancient “cousin” of modern day mescal and tequila, both of which are made from the cooked heart of the plant.

First distilled by Spanish conquistadors around 1525 A.D., mescal represents the first distilled beverage in North America. As exploration expanded north, the Spaniards discovered the modern day state of Jalisco, home to the Tiquili Indians. It was there that the most prized of the agave varietals, the blue agave, was discovered, and from this modern day tequila was born. 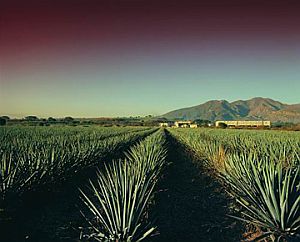 Tequila is made from the blue agave plant, which only grows in the area surrounding the city of the same name: Tequila. The town is a located in the state of Jalisco, which is Puerto Vallarta’s home state as well.

Don Cenobio Sauza, the founder of Sauza Tequila and Municipal President of the pueblo of Tequila from 1884-1885, was the first to export tequila to the United States, and shortened the name from “Tequila Extract” to just “Tequila” for the American markets. But it was the efforts of Don Cenobio’s grandson, Don Francisco Javier, that led to the dictate that real tequila can only come from the State of Jalisco. He insisted, “there cannot be tequila where there are no agaves!”

In July 2006, UNESCO added Jalisco’s Amatitlan Valley, where the agave is grown and the site where the alcoholic beverage was first made, to its list of World Heritage sites.

Surviving centuries of wars, plagues, and bouts with prohibition, tequila has never been as popular as it is today. With over 100 registered distilleries producing over 900 recognized brands, it is clear that the spirit of the ancient Mayan and Aztec is alive and well.

Now that the tequila history lesson is over, it’s time to move on to the best part… drinking it! National Tequila Day provides a tailor-made excuse to kick back and give one a try. Or three. After all, July 24 does fall on a Saturday this year…

Aguachile: The Most Underrated Food in Puerto Vallarta