Mexico a Top Destination for 2020

Mexico is one of the year’s hottest destinations, what with its secret island escapes, Caribbean coastline and cosmopolitan capital city, as well as its thriving restaurant scene and quirky colonial towns that are ideal for day trips.

However, if you’re still undecided on why exactly you should stop by this often-misrepresented North American country, here are 11 reasons that might convince you exactly why you should visit Mexico.

The cuisine is amazing and varied 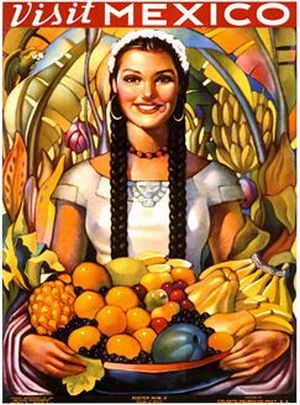 Mexico is a country of delicious food, that much is clear, but it’s not all tacos and tortas. In fact, the culinary scene from north to south varies wildly, although each dish remains just as delicious as the last.

Whether you want carne asada or cabrito in the north, seafood on the Pacific coast, hangover busting tortas ahogadas in western Jalisco or Mayan delicacies in the Yucatán Peninsula, one thing’s for sure – you’ll never be short of options.

Mexico City is a very under-rated destination. Its negatives are widely known, but are generally overstated: its many delightful attractions more than make up for any issues caused by traffic and smog, and despite what you may have heard, it’s as safe as most big cities. Plus, it’s home to three of the world’s top 50 restaurants!

The music scene is off the chart
Even though clubs in Mexico tend to blast out the tracks that are doing the rounds internationally, whether in Spanish or English, the traditional music of the country is diverse, excellent and shouldn’t be overlooked. From the emblematic mariachi groups, to the bands that blast out banda or son Jarochos, live Mexican music is far more varied than people often give it credit for, and often better than the headline-stealing Justin Bieber remixes of reggaeton hits.

The people are warm and welcoming foreign visitors
If there’s one thing everyone will agree on about Mexico, it’s that the locals are warm, welcoming and always willing to help, whether you need directions or advice on the best street food stall. Even if you don’t speak Spanish, you’ll soon realize that Mexicans will go out of their way to give you the information you’re looking for, even when that means escorting you to a tourist desk or ringing their niece for advice on bus routes. So, don’t believe everything the popular press tells you about Mexico’s ‘bad hombres.’

Mexico as a whole is a breathtakingly biodiverse country. Although it doesn’t come close to rivalling Costa Rica, there are some animals you can pretty much only find in the forests, jungles and waters of this North American country. If you’re lucky, you might spot a critically endangered axolotl, or even the native Mexican mammal known as the cacomistle. Head north and you have a chance of glimpsing a Mexican prairie dog, and in the waters around Baja, you might see a vaquita porpoise.

Tequila, mezcal and pulque taste better
Mexico’s booze heritage has been exported worldwide, and you can find Corona and José Cuervo in pretty much any country, but honestly? The drinks taste better in Mexico. In Jalisco, you can sample tequila that’s better than the commercial brands, whereas Oaxaca is the home of smoky mezcal that’s got a real kick. Remember that both are to be sipped leisurely, possibly accompanied by wedges of lime or orange. Pulque is the lesser known of the three, and you have to visit the country to try it, as this Mesoamerican beverage is only available in Central Mexico.

Everything from deserts to jungle
While we’ve already mentioned the variety of wildlife in the country, it’s worth remembering the range of climates and conditions that Mexico can offer the casual traveller. Deserts dominate the dry northern states, whilst western Mexico and the states of Jalisco are often considered to be destinations of eternal spring. Head to the Yucatán Peninsula and you’ve got turquoise seas, the south has lush jungles and the Pacific is humid and hot. Plus, pretty much all of Mexico is crisscrossed by mountains and volcanoes just waiting to be explored.

Its beaches are among the most beautiful in the world
While there’s plenty of options to choose from in Mexico, it’s clear that most travellers visiting the country are split between those wanting to lounge on the beach and those wanting to explore the cities and colonial towns. We have to mention the world class conditions of Mexico’s beaches, from the waters around Baja California where you can whale watch, to the crystalline seas of Cancún and pristine white beaches of Tulum. If you love surfing, Oaxaca and the southern coastline have the conditions for you.

Mexican culture is endlessly fascinating
Mexican culture is a mishmash of influences, from the Mesoamerican to the indigenous to the Spanish, and that makes the country all the more fascinating. To learn more about the native people living in rural, indigenous communities and speaking in languages other than Spanish, you can head to Oaxaca or the mountains of Jalisco and Chihuahua, whereas Spanish Colonial history can be explored in Taxco, Querétaro and Guanajuato. Pretty much the entire country shows signs of its mestizo heritage though. 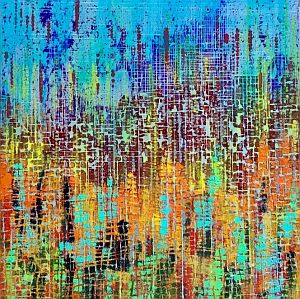 Mexico City’s nickname is the “City of Palaces” because it had so many lovely colonial era constructions, but you can also see interesting ancient architecture and mind-blowing modern edifices, like the Soumaya Museum. To get a start exploring Mexico City’s architecture, start with a walking tour of the historical center.

For those who are ready to explore beyond the city center, head to Santa Fe for the most interesting modern architecture, or head to the Casa Luis Barragán, a UNESCO World Heritage Site, to see a wonderful example of modern architecture from 1948.

And just walking around Mexico City you will come across art everywhere you go, from the murals that grace buidings, to statues in the parks and on city streets. There is also an abundance of galleries and art museums.

There’s so much history to explore
Mexico City has more museums than any other city in the world. Ones you shouldn’t miss include the National Anthropology Museum, the National History Museum that is housed in a castle in the center of Chapultepec Park, the Popular Art Museum and the National Art Museum, not to mention a plethora of special interest museums for all ages and tastes. A few of the more eclectic ones include the Toy Museum and the Trick Eye Museum.

And, your money will go further
It’s no great secret that Mexico is a pretty affordable destination for most travellers coming from further afield, and even though prices are higher in heavily tourist populated areas like Cancún and Puerto Vallarta, you’ll still get more bang for your buck. Due to the fluctuating Mexican peso right now, travellers from both the US and the UK can really benefit (although, sadly, locals are massively losing out). Even so, you should visit Mexico as soon as possible to take advantage!

Vallarta Airport May Soon Have an Electronic Immigration System

Visit the Beaches on the South Coast of Puerto Vallarta