Mexico City – The Mexican government has confirmed financing for a 7.9km urban viaduct over the Santa Catarina river in Nuevo León state.

The project is the first of five that the government included in an 18.9bn-peso (US$251mn) investment plan for current highway concessions, the ministries of finance (SHCP) and communications and transportation (SCT) said in a statement. 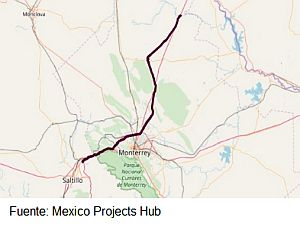 The 4.8bn-peso viaduct – originally estimated at 6.8bn pesos – will extend the Saltillo-Monterrey La Gloria highway that links the northern states of Coahuila, Nuevo León and Tamaulipas, and will pass through the municipalities of Santa Catarina, San Pedro and Monterrey.

According to previous reports, the viaduct will divert traffic coming from the highway to the city of Monterrey to ease congestion at Morones Prieto avenue, on the limit of Santa Catarina and San Pedro municipalities.

The viaduct would also have two branches and its construction is expected to be completed in 24 months, although a starting date was not announced.

Five Highway Concessions to be Upgraded

The Mexican government is opting to invest in a series of infrastructure projects to boost the economy and strengthen the struggling construction sector. 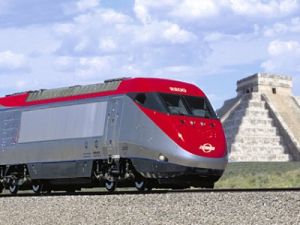 In July, President Andrés Manuel López Obrador (AMLO) announced that the government would give priority to seven infrastructure projects, to which his administration would allocate some $26.5 billion USD.

Some of the projects are the well-known Mayan train, the Felipe Ángeles international airport (AISL) at the Santa Lucía military airbase in Mexico state, and the Dos Bocas oil refinery in Tabasco state.

However, not every project on the government’s agenda will start from scratch. There are five major projects with existing concessions that SCT is hoping to upgrade or expand to spur the economy.

The ministry says the contract extensions do not require new tenders, as they involve additional construction works. The Santa Catarina urban viaduct is one of them and it is also the first of the five to be officially confirmed.

The remaining four are construction of a 32km bypass, known as Libramiento de Ixmiquilpan, that would link the Durango-Yerbanís highway in Durango state; adding three lanes to the 30km section of the Tuxtla Gutiérrez-San Cristóbal de las Casas highway in Chiapas state; a 37km road linking Ventura and El Peyote municipalities in San Luis Potosí state; and three projects awarded to highway concessionaire Red de Carreteras de Occidente (RCO) in the states of Michoacán and Jalisco.

For more information about the Santa Catarina urban viaduct and other infrastructure projects Mexico has in the works, read the full article on BNamerica.com.