Puerto Vallarta, Mexico – Often referred to as “Mexican moonshine,” Raicilla is a Jalisco tradition that might not be as popular as Tequila, but certainly has a growing following. 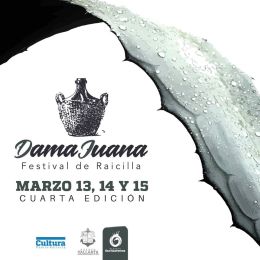 A distilled spirit made from the agave plant, Raicilla is similar to Tequila and Mezcal and is made by artisans with recipes passed down from generation to generation.

There are two types of Raicilla that have distinctly different flavors due to the geographical region of origin and the agaves that are used for their production. These are: “La Raicilla de la Costa” which is made from the Angustifolia Haw and Rhodacantha agaves that grow along the western coast of Mexico, and “La Raicilla de la Sierra,” which is made with the Maximiliana Baker, Inaequidens Koch and Valenciana agaves that are grown in the nearby mountains.

If you’d like to know more about the spirit known as “the grandfather of tequila,” you won’t want to miss the Fourth Annual Dama Juana Raicilla Festival, set to be held March 13-15 from 10:00 am to 10:00 pm on the Rio Cuale Island.

‘Rocketman’, An Elton John Tribute, Sundays at The Palm Cabaret

‘Spay-ghetti and No Balls’ Fundraiser Set for March 15