Mexico Pledges to Protect US Visitors

Juarez, Mexico – Juarez officials are expecting more than 60,000 out-of-town drivers in the next two months, as Mexican-Americans head south to visit relatives for the holidays.

Army, police and customs officials on Friday pledged to make the journey as painless as possible for the travelers, and the Mayor of Juarez said the City would try to entice them to patronize local businesses and attractions before they continue with their journey.

“Fewer people had been coming because of the threats to close down the border. People were hesitant, they did not want to become stranded. But I think those fears are gone and we will have more visitors,” said Mayor Armando Cabada. He was referring to U.S. president Trump’s tweets in March to close the border with Mexico if that country didn’t stop the migrant caravans from Central America, which that led to a humanitarian crisis along the border. Tension between the two countries deescalated on June 7, when Mexico gave in to threats of tariffs by Trump and sent the Mexican National Guard to the border with Guatemala, to keep migrants from entering. 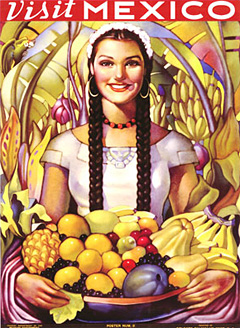 On Friday, Cabada and federal officials kicked off the annual end-of-year Paisano Program, a mandate of the President of Mexico to help holiday travelers comply with customs requirements and protect them from criminals on the highways.

“We are pledging our police and traffic officers to assist the travelers, to be tolerant with them and provide advice during their stay in our city on their way to their destinations in the interior of Mexico,” Cabada said.

Mexican law allows U.S. residents to bring in up to $300 worth of merchandise during the year, but requires a vehicle permit. Mexican customs officials said the permit is to ensure that the visitors won’t be leaving their cars or trucks behind. The Mexican government for the past few years has been trying to stem a tide of vehicles purchased in the United States and taken to Mexico without paying import taxes.

Cabada said the City would be passing off information to visitors about commercial promotions and tours of cultural attractions. “They should not be afraid to visit us. In the three years that I have been in office we have never had violent incidents involving holiday travelers. … If there is violence, it is among criminal groups themselves. Travelers are welcome, we guarantee them a safe journey,” the Mayor said.

For more information about taking a vehicle to Mexico beyond cities that border the United States, click HERE to visit the Paisano Program website.

If you believe that a Mexican official or police officer has mistreated you or arbitrarily denied you a needed document, a bilingual telephone line will be operating during the holiday travel period at 1-800-112-8700 in the United States or at 01-552-000-2000 in Mexico.

If you have been the victim of abuse of authority while in Mexico, you can call the Human Rights Commission at 1-800-715-2000, which is an international number that can be dialed as if you were in the United States.

Visit the BorderReport.com homepage for the latest exclusive stories and breaking news about issues along the United States-Mexico border.