What makes PV a preferred place to visit as a tourist, or a great place to invest and retire or to even start a new life? Will the people who come here for the first time leave with a positive first impression?

Tourism is complex. Just because Vallarta has boomed for at least the last 10 years in no way guarantees a prosperous future; things are changing quickly. Tourism is the economic engine of Puerto Vallarta, but without a strong and competitive tourism experience that is also safe, hygienic and authentic, what justifies a trip to PV? 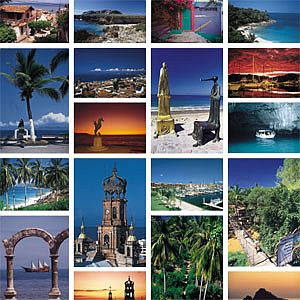 Puerto Vallarta, to a very large extent, is selling its natural beauty. The world is full of beach towns with bars and nightlife from which to choose. Tourism is about having authentic and unique experiences that create memories that last a lifetime.

Many first-time visitors to PV are also first-time visitors to Mexico. Therefore, our city has a huge responsibility to present Mexico in a positive light. City leaders must make decisions that support the future sustainability of our beloved city after carefully considering a wide variety of criteria, not profits.

Tourism leaders, real estate developers, hotel owners and builders must be regulated for the common good of everyone working in tourism here in PV. The natural beauty of Vallarta must be protected as a top priority.

The general tourism forecast for the immediate future is, unfortunately, trending downward. The long-term outlook for cruise lines is unknown but will probably not rebound to pre-COVID19 levels anytime soon. The global pandemic and resulting economic recession worldwide will have a negative effect on high season tourism this year.

How can potential visitors to Puerto Vallarta justify a vacation these days when traveling by plane can expose them to a mortal risk? No one has a crystal ball, but it feels better to keep a positive attitude that things will slowly improve, tourism-wise. But will they?

What about the future, just 10 or 15 years down the road? Without proper city planning by the tourism office and elected officials that benefits the overall experience of a vacation in PV, the proverbial golden egg will break and spoil. 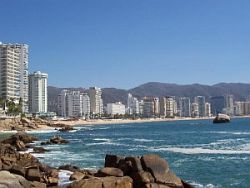 Most Mexican resort towns have an expiration date. Mazatlan and Manzanillo, not to mention Acapulco, had vibrant tourism in the 70s, 80s and 90s. What happened there? They made very bad decisions about development that Vallarta still has a last chance to avoid! But not for long.

Puerto Vallarta is blessed with world-famous natural beauty that attracts millions of tourists annually. Unfortunately, it is this natural beauty that took millennia to develop, that is being rapidly lost. Unchecked development has come to PV and with it a future that looks anything but sustainable in the long term.

How many of us have heard the oft repeated tragedy of PV, that new condo construction is rising to block the ocean view of everyone behind them? Those valuable ocean views that are being sold are not man-made and they can not be recreated once lost.

What other natural features of Vallarta are in peril, and which ones will be saved and preserved to help delay Puerto Vallarta’s own expiration date? Will concerned citizens act in time to save the beauty and natural wonders of Puerto Vallarta? Will city planners see the handwriting on the wall? If our natural wonders disappear, they will do so forever. They will not be recoverable.

These are among the top 10 attractions of Puerto Vallarta. Will we care for them in time?

1. Bay of Banderas. Without improvements to wastewater treatment, the Bay will become polluted, little by little, and it probably won’t be noticeable at first. Swimming beaches could be ruled unsafe and unsanitary without strict control of pollutants. Tourists will abandon these locations, once considered pristine, when they become contaminated.

2. Humpback Whales. Thousands of local tourism providers count on the annual return of Humpback Whales to the Bay of Banderas. The slightest change in water quality in the Bay could, after thousands of years of calling it their home, force the whales to move on, if that is even possible. If the whales relocated or were decimated by disease in their historic calving area in the Bay, the financial loss to PV tourism would be incalculable and the damage to the reputation of the destination would be massive.

3. Las Marietas Islands. A vacation in Puerto Vallarta often means trip to the Marietas Islands and its world-famous Hidden Beach. The area has already been closed to tourism once due to overcrowding and the negative effects caused by overuse. The sunscreen of hundreds of daily visitors created a coral-killing slick on the water surface to the detriment of the entire fragile ecosystem of the islands. Now reopened, the high number of visitors could again result in the temporary closure by Mexican environmental officials. At least for now, the number of tour boats allowed to land or snorkel around the island is tightly controlled.

4. Ameca River. This large river, hundreds of kilometers long, forms the boundary between the states of Jalisco and Nayarit. The river has been the historic refuge for the American Crocodile. The Ameca has recently been illegally mined for sand to make concrete, and the mangrove estuary at the river’s mouth has been converted into a resort. The crocodiles were forced to flee into the open ocean and attempt to find new homes in other freshwater estuaries up and down the coast. A tourist from England was even attacked by one of the displaced crocodiles while swimming in the ocean.

5. Sierra Madre Mountains. Forming a breathtaking scenic backdrop for the Bay of Banderas, the majestic peaks of the Sierra Madre are now being eyed for increased development. Road building across the face of these peaks will forever scar the mountain view from below and has the potential for devastating destabilization of slopes causing flooding and landslides.

6. Los Arcos Marine Sanctuary. One of the few protected areas in the Bay, the world-famous Los Arcos Islands near Mismaloya, has also suffered from uncontrolled tourism and overuse. Even more disturbing was a recent report that a developer is seeking to privatize access and visitation to the waters around the islands. If Los Arcos falls into private hands, public accountability for its usage and development will be lost. Are you willing to take that risk?

7. El Salado Marine Estuary. An officially protected natural area of mangroves in the heart of PV, El Salado has come under repeated attacks by politicians and developers who want to fill it in and use the land for increased development, including a sports stadium. El Salado is a beloved local park and community learning center that is home to crocodiles and provides critical habitat for a wide variety of native and migratory birds. The initial scheme to destroy El Salado was averted at the last minute by concerned citizens, but constant vigilance must be maintained to ensure its survival.

8. Cuale Island. In the heart of the Old Town Vallarta is the charming Cuale Island. Home to iguanas and rare birds, the island is Vallarta’s largest green area. It has been neglected for years but is now being reforested with native trees and plants. Citizens and visitors are hoping for a beautiful regeneration of the island. Plans like this are a hopeful sign but need our support and encouragement.

9. Los Horcones River. A pristine jungle river and scenic canyon, the Horcones was recently the site of protests by the people of the downstream town of Boca de Tomatlan. A company arrived at night and started working without the required permits to build a hydroelectric dam. Disguised as a “green energy” project, the true goal of the dam builders is to divert the river into a giant pipe and privatize and sell the water. The Horcones is one of the last pristine freshwater rivers on the Pacific coast of Mexico; the canyon and its ecosystem would be destroyed by the dam. The project is currently on hold while the development company reworks its building permits. Local resistance against this project is massive.

10. Pitillal River. The river was recently the site of unregulated destruction of riverside vegetation using heavy machinery. The outcry from locals stopped the project before it advanced. It is not fully understood what prompted the attack on the Pitillal River, although officials said it was done for flood control. In a sad attempt to mitigate the damage, small trees were replanted along the area that had been stripped of its natural vegetation of mature trees.

The people of PV must decide if they want to sacrifice the natural environment for unregulated tourism, or if everything is about fast money with no thought to the future. Puerto Vallarta was blessed with beauty and stunning natural features, millions of years in the making, but those very things that have drawn people to the area are being sold off and swept away in just a generation.

Puerto Vallarta risks missing a golden opportunity to not only save its remaining natural beauty, but to become the ecotourism capital of Mexico. Environmental leaders and Mexican Citizens must emerge along with elected officials with a balanced future vision to protect these natural treasures, not sell them off to the highest bidder.