Puerto Vallarta, Mexico – In his ongoing efforts to help the Puerto Vallarta families who need it most in these difficult times due to the health contingency of COVID-19, Mayor Arturo Dávalos Peña on Sunday announced the second phase of the Municipal Government’s actions and support for the city’s most vulnerable sectors.

This second phase of the contingency plan includes reducing his own salary by 50%, and that of all of the City Council’s directors by 20%, in order to implement a food distribution program that will support 7,500 of the city’s most vulnerable families. 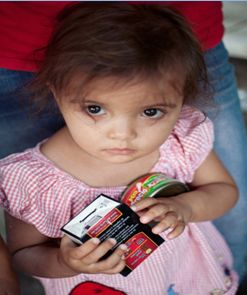 Funds that were destined to purchase administrative vehicles for the government, and the monies saved on gasoline and electricity during the federal stay at home mandate, will also be used to purchase food for those in Puerto Vallarta who need it most.

The mayor addressed the city’s business owners, whom he thanked for their investment and the jobs they generate, and asked them to support working families however they can, whether it be by contributing resources to this project or by delivering food directly to their employees. He also invited union leaders to be part of this crusade and support their members, “it is time to defend workers’ rights, especially in cases where they could possibly be unjustifiably dismissed,” he said.

Finally, Arturo Dávalos reported that as part of these actions, it was also agreed to reactivate Seapal Vallarta’s 25 Aguamáticos (water dispensing systems), “so that families can fill their 5 gallon jugs with quality drinking water for free; We estimate a supply of 40 thousand jugs per month will be available to families in Puerto Vallarta; You will not be short of water,” he promised.

He noted that the dynamics for registering for the municipal food support program will be announced in the coming days, and reiterated that the most important thing at the moment is the health of everyone, so he urged everyone to heed his call to stay at home, enjoy your family and attend to the recommendations of the health authorities, adding that “keeping a healthy distance from other is the best way to contain the virus.

“This is the time to be united, to support each other, to bring out the best in each of us. The people of Vallarta are the base of the greatness of this beautiful land, we show the pride of being pata saladas by birth or adoption. It is the time for all of you to stay at home, because my commitment is to work for your health and that of your family. You are not alone… by working together we will all get through this crisis.”