“Since 2012, DACA recipients have enrolled in degree programs, embarked on careers, started businesses, purchased homes, and even married and had children, all in reliance on the DACA.” That’s how U.S. Supreme Court Chief Justice John Roberts, writing for the majority, explained the 5 to 4 decision which blocked Donald Trump from eliminating the program which benefits “dreamers,” young people brought to America by their parents without legal authorization. 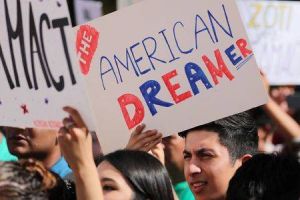 These are individuals who grew up in the United States and are for all intents and purposes American citizens, except for the necessary legal documents. DACA (Deferred Action for Childhood Arrivals), Barack Obama’s 2012 executive order, granted protection to these individuals by offering them a temporary residence permit, renewable every two years. Essentially, it is a “green card,” legal temporary residency in the U.S., without a pathway to citizenship.

It’s conceivable that when Roberts wrote these words, he was thinking of one of these young people in particular. Luis Cortes Romero, a member of the team of lawyers who fought to save the program, is himself a DACA beneficiary.

Born in Mexico, Cortes Romero was brought by his parents to the United States without legal immigration documents when he was only one year old. After many sacrifices, he managed to graduate from law school at the University of Idaho, where he studied without legal residency and without hope of practicing his future profession.

Then in the second of his three years of study, DACA was put in place by Obama. Cortes Romero applied and managed to qualify, obtaining temporary legal residency. After graduation, he began to practice law, defending individuals whose personal situation he knew first hand. 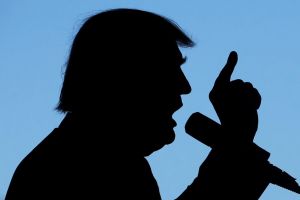 Cortes told Democracy Now, the progressive American television network, that he was sure the stories of so many young people like him had an impact on Roberts’ thinking as he made his decision to hand Trump a serious defeat. Yet, it is not a total defeat, because the 45th president could try again to repeal DACA, even though it would obviously take time. In his decision, Roberts stated that Trump’s lawyers did not present legally valid reasons for revoking Barack Obama’s executive order.

Trump’s reaction was predictably disappointed, especially considering that five of the nine Supreme Court justices lean right, having been appointed by Republican presidents. The “traitor” in this case was Roberts, appointed by George W. Bush in 2005, who, according to Cortes, used legal arguments but also his emotions for the decision.

Roberts was not the only one who used extralegal arguments.

Justice Sonia Sotomayor, who voted with the majority, made reference to an aspect that directly affects politics. Sotomayor points out that Trump expressed animus towards Hispanics, something that the majority did not include in their decision. She specifically points to some of Trump’s well-known language that characterize Hispanics as “criminals,” “drug dealers,” and “rapists.” Sotomayor knows very well that, from a legal point of view, her dissent is only valuable to underscore the political behavior of the 45th president.

Justices Clarence Thomas and Brett Kavanaugh, two of the four judges who voted in support of Trump’s repeal effort, also disagreed, making their arguments in legalese, fully accessible only to scholars. Thomas, however, betrayed himself when he acknowledged that the law gives the Attorney General the power to protect certain foreigners from deportation for “humanitarian” reasons.

Thomas does not ignore the tragic situation “dreamers” find themselves in. If deported from the United States, they could end up in their native country, a place they barely know. Thomas later stresses legal arguments, claiming that Obama’s executive order has created a new class of immigrants by granting them benefits not supported by law.

Roberts counteracted, citing humanitarian and practical repercussions that the Trump administration did not consider as it tried to end Obama’s executive order. He specifically points out that in the eight years of DACA, beneficiaries have created families and their 200,000 children born in America are fully-fledged American citizens.

He also makes reference to the practical value of the “dreamers'” contributions, since they generated more than $215 billion in economic activities and $60 billion in tax contributions to the treasury coffers in ten years. Dreamers, after all, are young people with jobs, and therefore contribute significantly more with their new status as legal residents.

Supreme Court justices must be objective and base their decisions on the law. Yet, they are human beings as well as “political animals” because they are appointed by presidents who have a certain ideology. The DACA ruling clearly demonstrates this.

Also, a recent poll tells us that 64% believe the Supreme Court uses legal arguments to determine its rulings. We will see whether Roberts continues to be the tie breaker with other important cases currently under consideration, such as abortion and the release of Trump’s tax returns information.

Domenico Maceri, PhD, is an emeritus professor of romance languages at Allan Hancock College, Santa Maria, California. He is the author of a book on Pirandello, one on Spanish grammar, and another on Italian grammar. He has also published a number of articles in newspapers and magazines around the world, some of which have won awards from the National Association of Hispanic Publications.